Laser cutting often creates a lot of smoke. That makes sense since the material you cut away has to go somewhere. It is not a good idea though, to constantly breathe in that smoke. That’s why I set out to build an enclosure and air exhaust for my laser. Since I am using the CR-10 to move the laser around, the enclosure had to be quite big, but on the plus side, I can now also do enclosed 3d prints. I also wanted a way to see what the laser is doing, without having to wear laser goggles all the time when I’m in the same room. That’s why I added a colored door, which filters out most of the laser light. When looking at it directly you should still wear goggles, but if you’re just hanging out in the room, you don’t need to worry about reflections anymore. 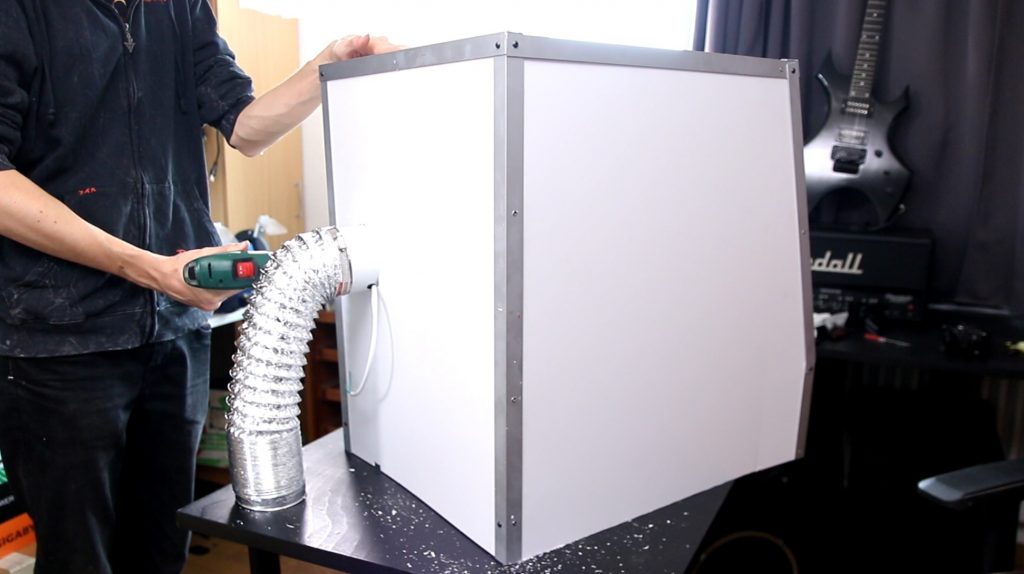 Most of the pieces are made out of construction foam, which is also used for sign making. It is quite cheap but also doesn’t burn when hit with the laser. Even if you try to light it with a torch, it just melts instead of catching fire as wood would. To connect the pieces, I used some L-shaped aluminum extrusion. This makes the whole construction really sturdy, while still being light and fairly cheap. The door is a piece of orange acrylic. Since orange/red is the opposite to blue on the color spectrum, it should filter out most the light from the laser. While it, of course, is no certified safety glass, it does work quite well. To get the air outside, I’m using some flexible ducting that is hanging out the window. On the inside of the enclosure, I then mounted a fan, which creates a healthy amount of airflow outside. 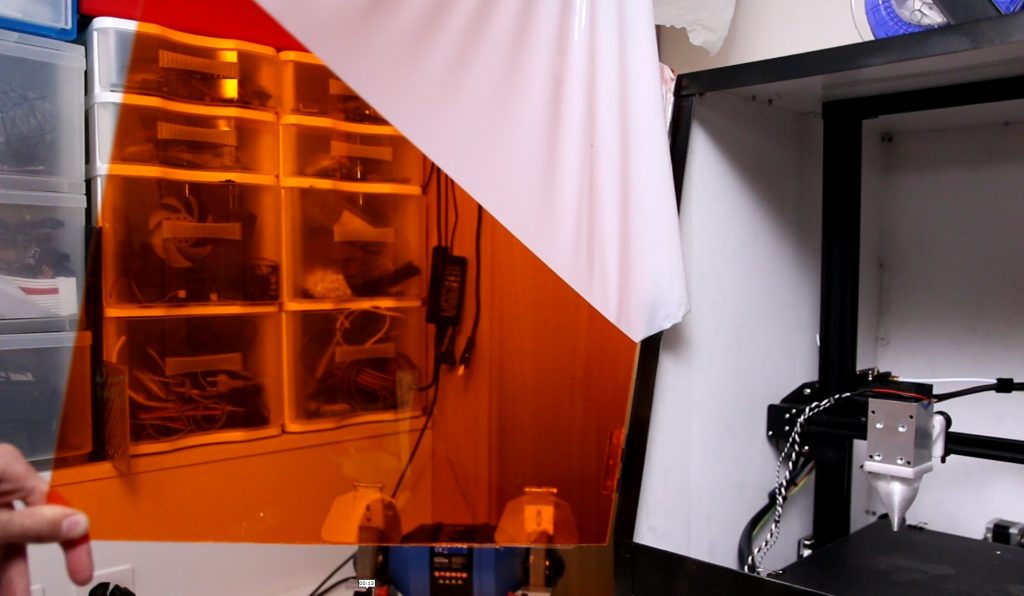 How does it perform?

I was really pleasantly surprised with the performance. As long as I keep the door on it closed, I can’t smell anything in the room, not even when cutting plywood. Before I couldn’t breathe anymore after only about 30s of cutting, so it’s a huge improvement. You can also actually see clouds of smoke coming out of the ducting outside when doing heavy cuts, which just shows the effectiveness. The orange acrylic is also transparent enough to still easily see everything inside. In that regard, orange is a lot better than red acrylic, which often is a lot darker. I can also still use the printer’s functionality inside the enclosure, just the spool holder had to move outside.

Go watch my Video about it:

How To Build Laser Enclosure With Minimal Tools

An Endurance airtight box (sealed chamber) for laser cutting-engraving and other experiments.