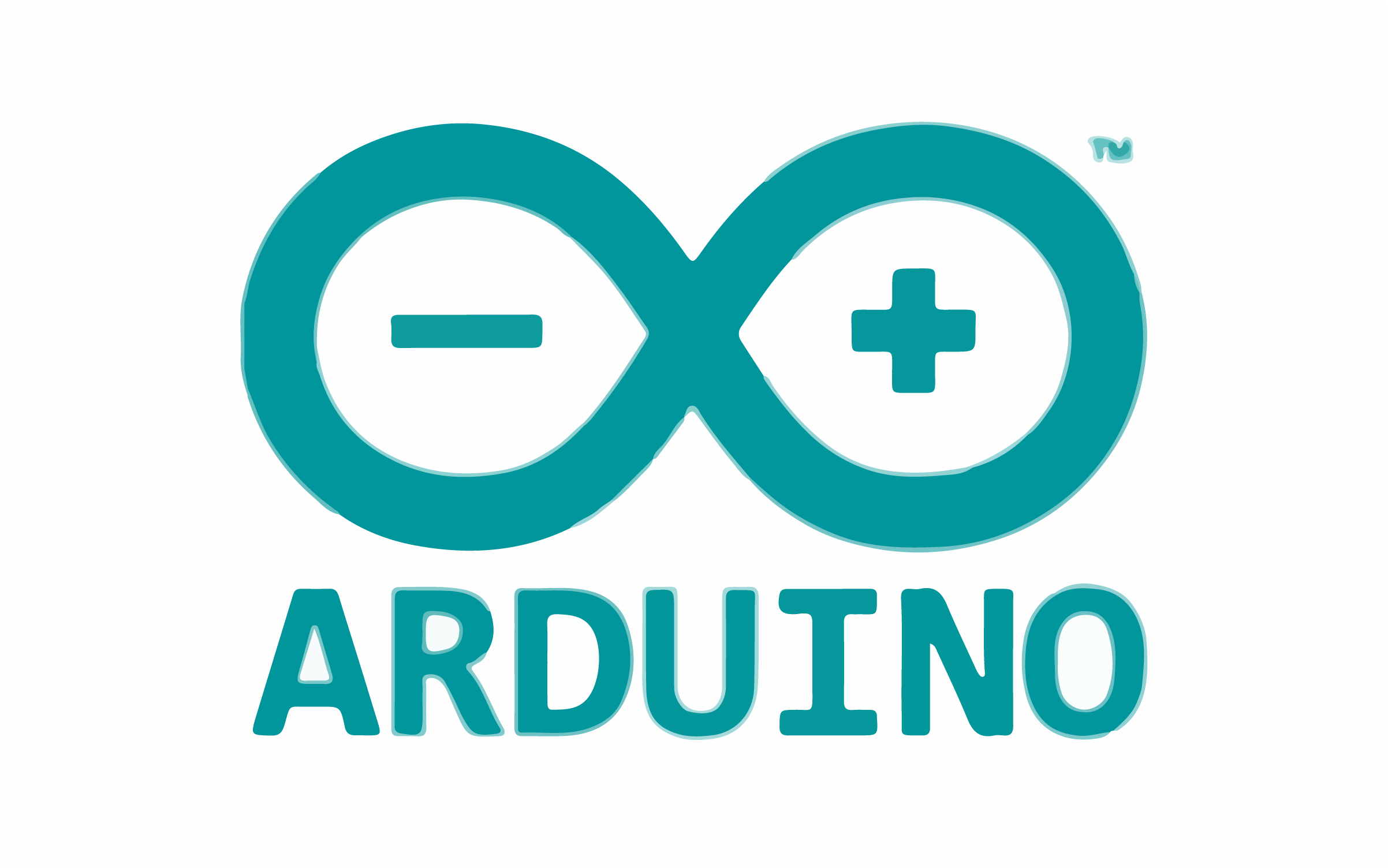 The new version of the program you can download by link
Endurance LaserService second release
Updated workflow:

If any error occurs – create [TASKNAME].err file with error code (files [TASKNAME].end and [TASKNAME].fin may not be created in this case).
[TASKNAME].log file created at the beginning of work and fill by messages about current processing.

Now you can engrave and cut just with Arduino board connected to your stepper motor drivers and that’s it.

Proceed with a fast and secure checkout. An Ultimate laser box tool for you laser diode.

Upload an image in the folder and the program will engrave or cutting.

Tasks.zip – a trial task for engraving

(additional PWMFreak library will need to be connected, see screenshot) 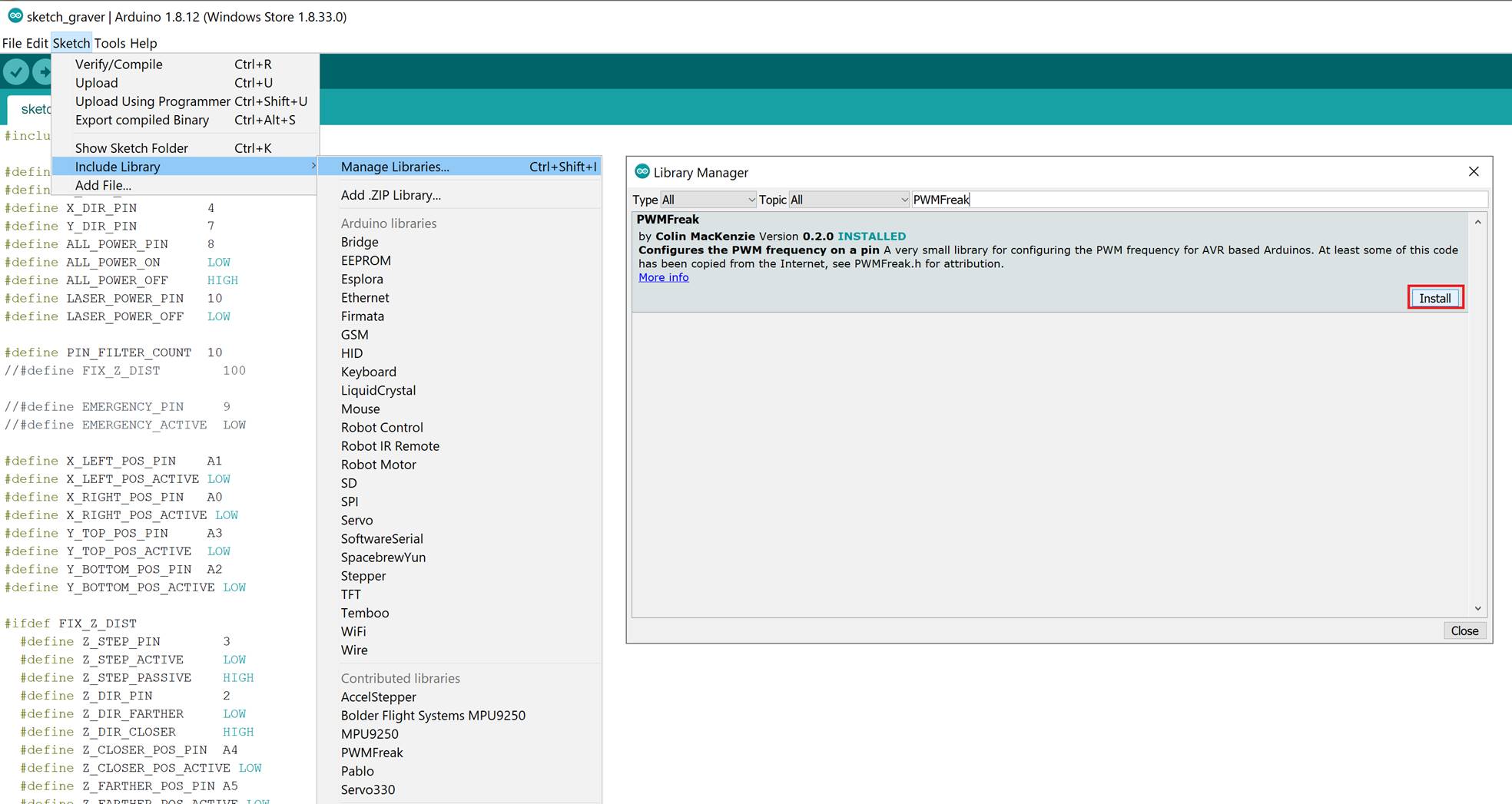 3. To install and start the service (Windows services) run the command as the administrator

The service (Windows service) will be installed (to get started automatically when Windows starts) and launched immediately as a service.

To do this, you can create a link and execute it as in the screenshot 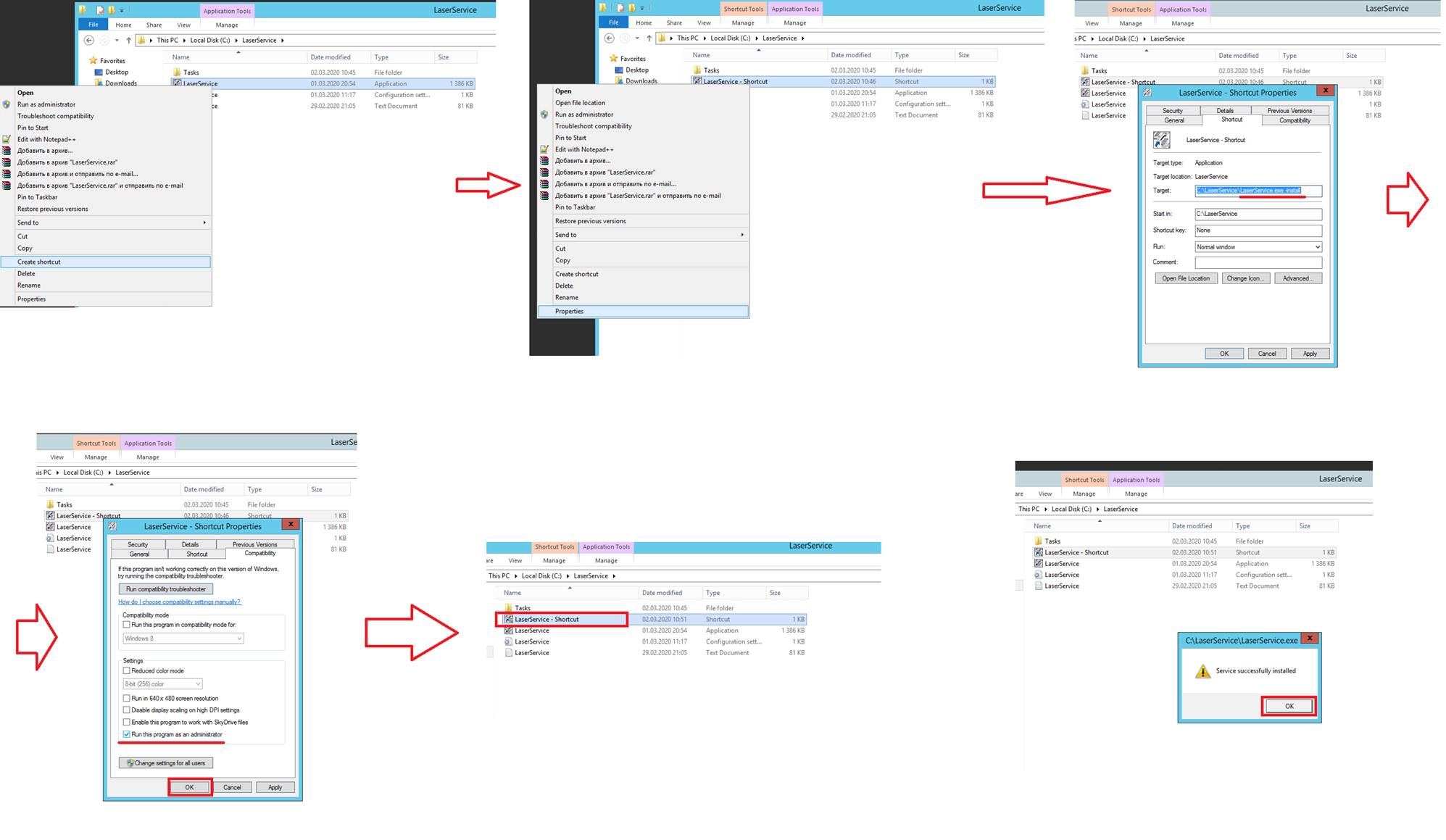 The service (Windows service) will be installed (to start automatically when Windows starts). And also immediately launched as a service

To configure the program you need to change LaserService.ini

COMPORT = COM5 – com port on which Arduino is defined

invert_x = 0 – whether it is necessary to invert the output of the Arduino, which is responsible for the direction of the X axis

invert_y = 0 – whether it is necessary to invert the output of the Arduino, which is responsible for the direction of the Y axis

check_buttons = 0 – do I need to check the limit switches

4. To start the engraving task, put the PNG and INI file in the Tasks directory. 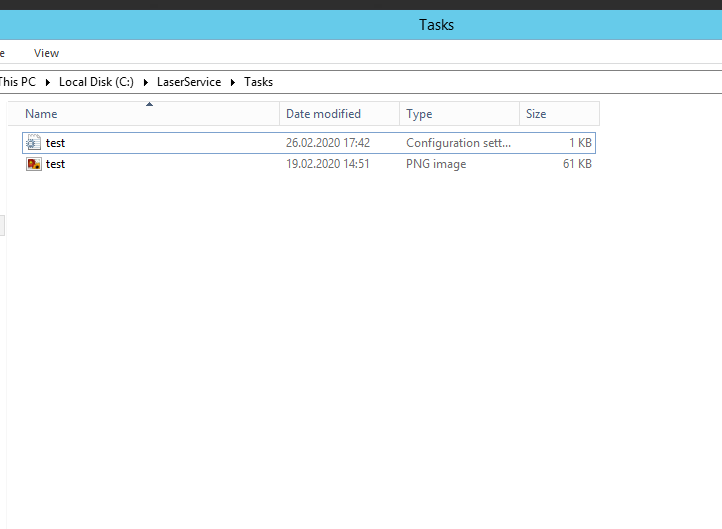 5. The program will start engraving or cutting.

For all questions regarding the operation of the program, a LaserService.log file appears, in which errors and current progress are indicated. 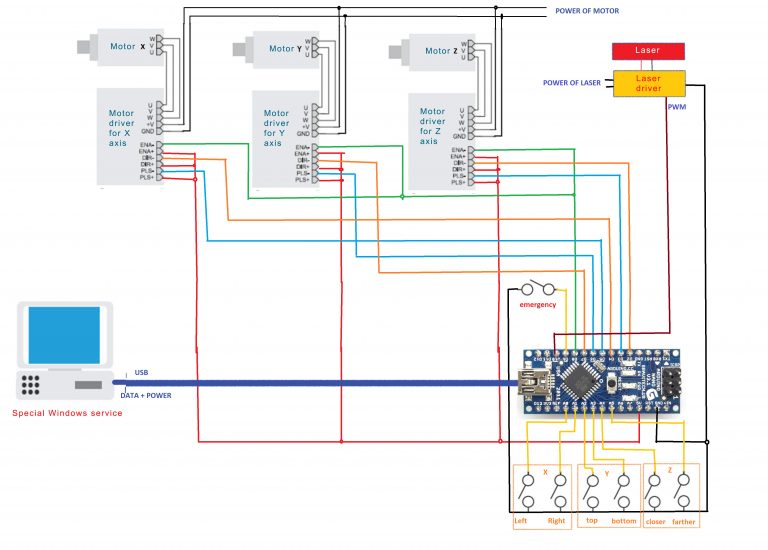 Pinouts for an Arduino 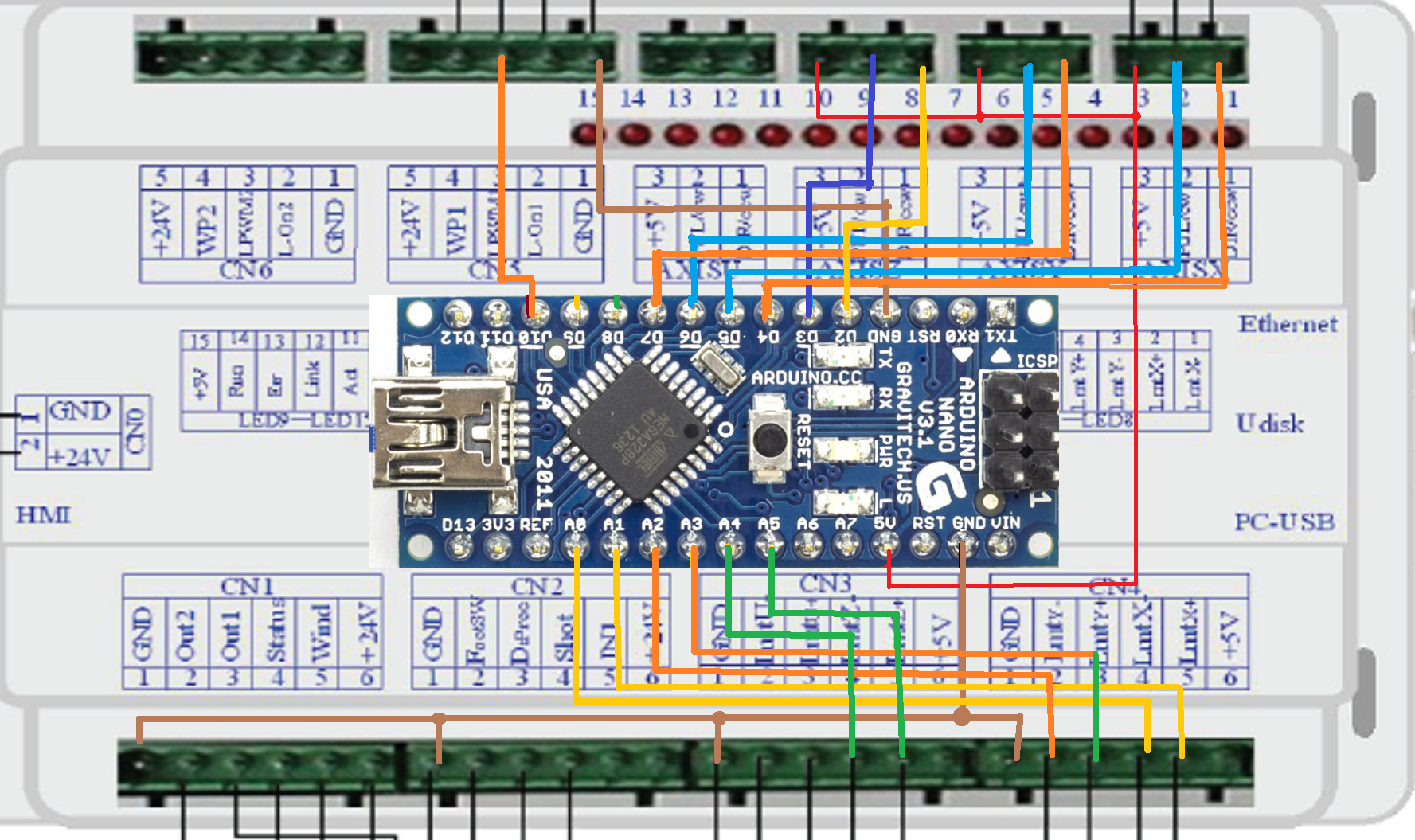 Compatible and tested board

Our new windows service is continuously run, and check the directory for new task. New task will be represented as .PNG file and .TSK files in the specified directory.

TSK file should contain specifications of the task, such as scale, initial X/Y coordinates and so on (the exact format of this file will be later)

So then service start to work with controller (in this case this is the adruino via USB connection), and make engraving.

At the end of work service create .LOG file, G-code file and .FIN or .ERR file (all file names is the same as initial .PNG and .TSK files).

.FIN or .ERR files will be empty, only to display the status of the completion of work

Get the best deal from Endurance Lasers