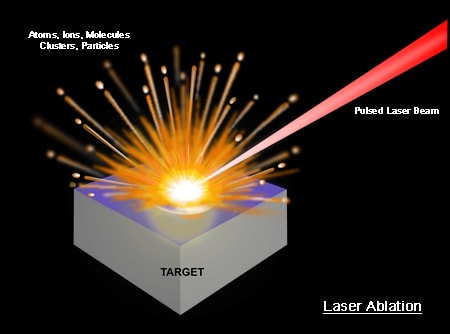 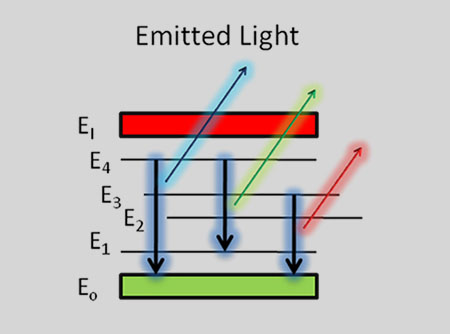 By analyzing these spectral lines it is easy to define what chemical elements or their combinations are present in the pattern.

The good thing about LIPS/LIBS is that the analysis of the material can be done very quickly and the elemental coverage is very wide.

LIBS is applicable to a wide range of sample matrices that include metals, semiconductors, glasses, biological tissues, insulators, plastics, soils, plants, soils, thin-paint coating, and electronic materials. A detection limit of LIBS for heavy metallic elements is in the low-PPM range.

How do LIBS / LIPS work?

A high-energy short laser pulse made by a DPSS laser module creates high-temperature plasma. When the short-pulse laser beam is focused on the sample surface, a small volume of the sample mass is ablated. This process is known as Laser Ablation. This ablated mass further interacts with a trailing portion of the laser pulse to form a highly energetic plasma that contains free electronics, excited atoms, and ions. The plasma temperature can reach dozens of thousand Kelvins (K).

When the laser pulse (5-10 nanoseconds) stops, the plasma starts to cool. During the plasma cooling process, the electrons of the atoms and ions at the excited electronic states fall down into natural ground states, causing the plasma to emit light with discrete spectral peaks. The emitted light from the plasma is collected with a fiber core and being sent to the spectrometer Aurora 4000.  The chemical composition of the samples is defined by the analysis of their spectral peaks.

When the electrons in the atom are excited, for example by being heated, the additional energy pushes the electrons to higher energy orbitals. When the electrons fall back down and leave the excited state, energy is re-emitted in the form of a photon. The wavelength (or equivalently, frequency) of the photon is determined by the difference in energy between the two states. These emitted photons form the element’s spectrum.

is the energy of the photon,

is its frequency, and

is Planck’s constant. This concludes that only photons with specific energies are emitted by the atom. The principle of the atomic emission spectrum explains the varied colors in neon signs, as well as chemical flame test results (described below).

The frequencies of light that an atom can emit are dependent on states the electrons can be in. When excited, an electron moves to a higher energy level or orbital. When the electron falls back to its ground level the light is emitted.

The emission spectrum of hydrogen

The above picture shows the visible light emission spectrum for hydrogen. If only a single atom of hydrogen were present, then only a single wavelength would be observed at a given instant. Several of the possible emissions are observed because the sample contains many hydrogen atoms that are in different initial energy states and reach different final energy states. These different combinations lead to simultaneous emissions at different wavelengths. 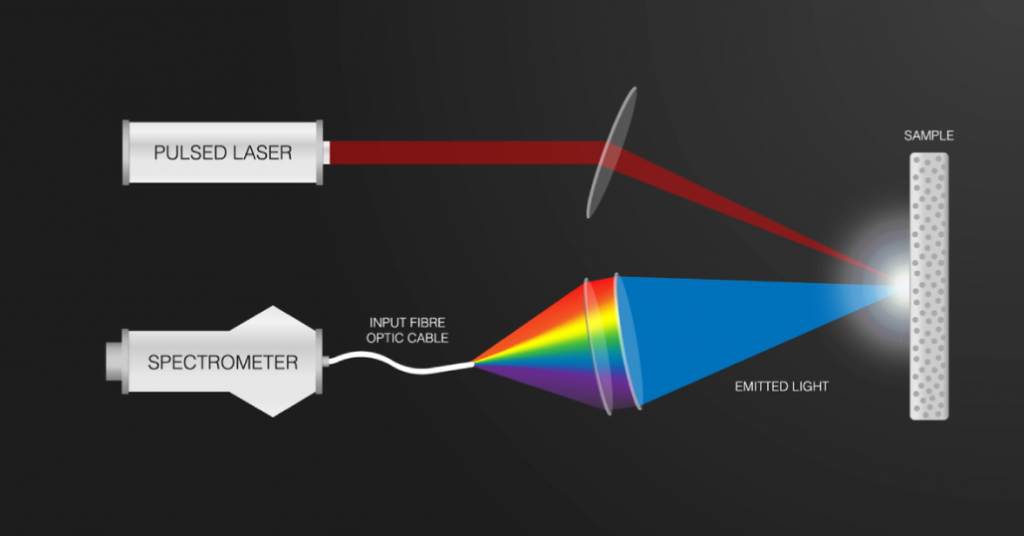 Endurance offers a full package for the LIPS/LIBS analysis.

Each element in the periodic table is associated with unique LIBS spectral peaks. 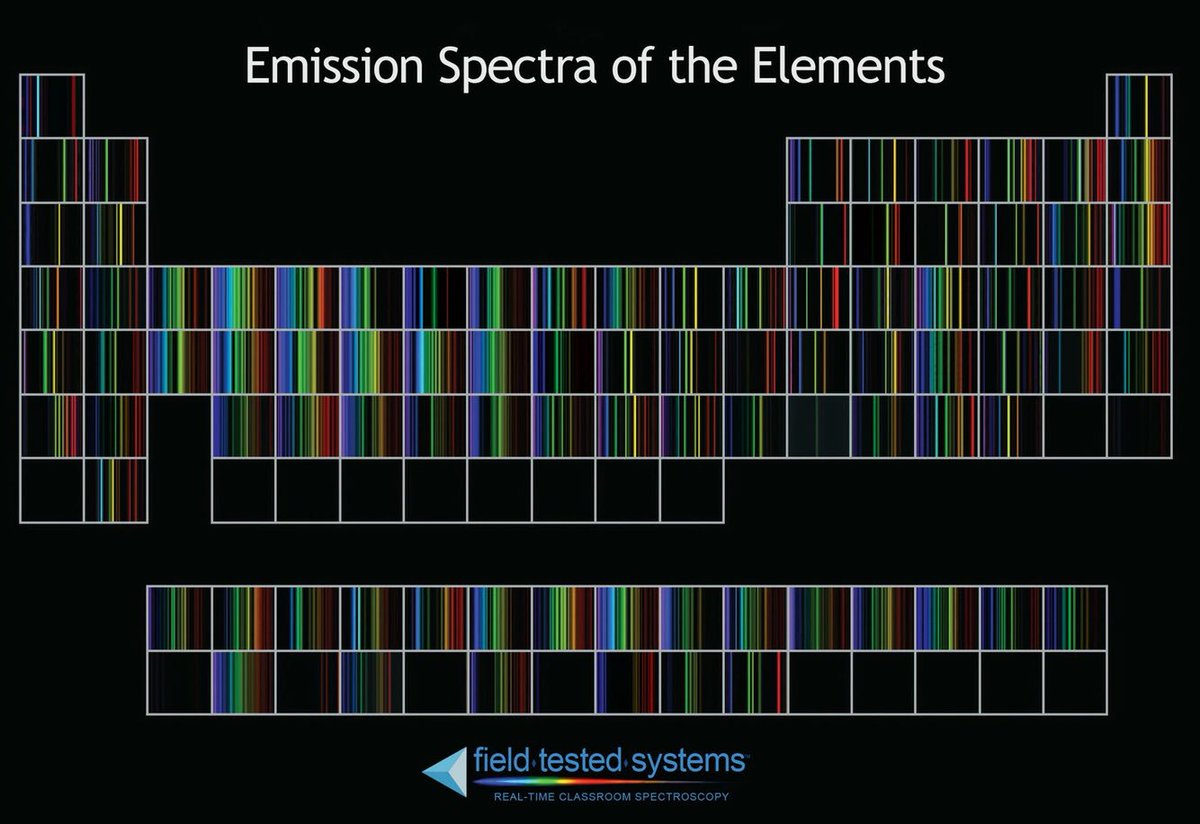 Exploring laser abilities?! Let us know what do you plan to cut or engrave.

Let us assist you with a right choice!

Exploring laser abilities?! Let us know what do you plan to cut or engrave.