A full guide of how to assemble your own 10 watt (10000 mW) Laser CNC machine using Endurance laser.

The total cutting area of the laser CNC machine is approximately 360mm by 360mm.
The gantry is the part of the machine that will carry the laser
The gantry is controlled by two NEMA-17 stepper motors, one for each axis.
The parameters for the stepper motors and timing pulley, combined with 1/16th micro-stepping
(from the Smoothieboard), produce 200 steps per mm, giving a theoretical resolution of 18.75
microns.

The electronics for the CNC machine consist of a Smoothieboard for motion and laser control, a
Raspberry Pi Zero for a wireless interface to the Smoothieboard, NEMA-17 stepper motors, an
Endurance Laser 10W kit, and various power converters for all of the electronic components.
The main power source is a 24V 350W AC/DC converter.

The Smoothieboard was chosen as the primary controller for the machine. It is well suited for
controlling both the motion and power levels for the laser.

The Raspberry Pi Zero W is used as a wireless interface to the Smoothieboard, used to give
commands to the laser and upload files for cutting and engraving. The Pi uses a typical 5V
phone charger for power, and a micro USB-B to USB-B cord to interface with the
Smoothieboard’s serial interface.

The Raspberry Pi is flashed with an image called OctoPi. 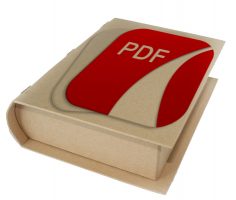