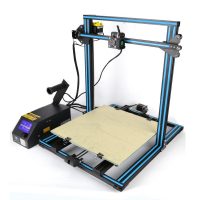 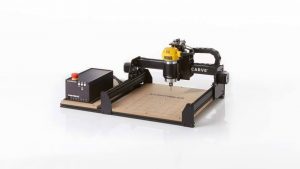 We, the Endurance company, deal with microelectronics. We have to solder a lot of circuits on printed circuit boards (PCB), as well as to revise, improve, and optimize our prototypes.

So we often use solder to attach one contact or an electroconductive point to the board, thus connecting two tracks, for example.

Not so long ago, an idea of pinpoint soldering leaped into my mind inspired by dancing snowflakes in the snowstorm outside the window, the way they dotted the earth covering it with a fluffy snow blanket. The idea is not new and is widely used but on an industrial scale only.

We have at hand the Endurance laser, a universal tool, which can be used for cutting, engraving, and soldering as well. Why not? Let’s have a try.

So said so done. A few minutes later we substituted a standard 300 mv laser diode for a 5.6W Endurance laser on the laser engraver NEJE. From now on the process went as smoothly as if buttered. For the experiment, we took a small PCB with free slots and a copper wire to solder to it (as an example). We treated the soldering area and the wire, stripped of the insulation, with soldering flux, cut off a small piece of the alloy to be turned with the laser into an electroconductive point. We put on protective goggles to protect our eyes from the hazardous effect of the reflected laser beam (5.6W), turn on the engraver power and place the PCB with the wire on the worktop of the engraver. Set the focus length at the height of 2 mm from the worktop, as the thickness of the board is 1.5 mm, plus the thickness of the soldering alloy at the soldering spot. The laser beam should not be ideally focused on the perfect point. Our goal is not to make a hole but to melt the alloy. Calibrating firing of the laser beam, we move the platform so that the beam fell exactly on the soldering spot.

Now everything is ready for the first experiment. We turn on the power and in a second see through the glass of the goggles the piece of the allow dramatically change its shape, turn into a small tin speck, carefully embracing the wire, and skillfully attaching it to the board. The experiment was a success. Now it is clear that the laser can be used for pinpoint soldering. For the purity of the experiment, it should be said that in the next few minutes we carried on 2 more experiments. In one we focused the beam on a point with a zero radius. It resulted in open reflow of the alloy exactly at the laser impact position. In the other, the laser was slightly defocused to cover a larger surface. However, the heating temperature was not enough to melt the alloy. So, the Endurance team keeps on poring over the creation of tin-conductor tracks on the board. But the fact that a laser is an ideal tool for pinpoint soldering has been already testified and proved.


If you are not able to watch our video – let us know. All video are free for Endurance customers. We have more than 500 video guidance and tutorials.

The guaranteed duration of the continuous operation ~48-72 hours.

Our products have the rated power output as advertised – unlike Chinese analogues.

Can be turned on and off with 3.5-24V.
Variable power output.

Universal and compatible mount.
Compatible with most 3D printers and CNC machines.

Do not like the laser?
Simply return within 30 days and get a full refund.

Laser attachments and laser engraving (marking) machines
Why do our customers buy lasers and engraving machines from Endurance?

We assist and give advice by Phone / Email / Facebook messenger / Telegram / Whatsapp / Viber.

We help to install and tune the laser. We offer qualified after-sales support.

We ship everything you need in one parcel to get started.

We ship all units within 4-24 hours. DHL express delivery allows you to get the package in 3-5 days.

All our lasers are tested and could work up to 10000 hours.

Do you have an old model? Upgrade your unit with more powerful one.